HomeCETAComment: Why it’s time for Ireland to ratify CETA

Comment: Why it’s time for Ireland to ratify CETA 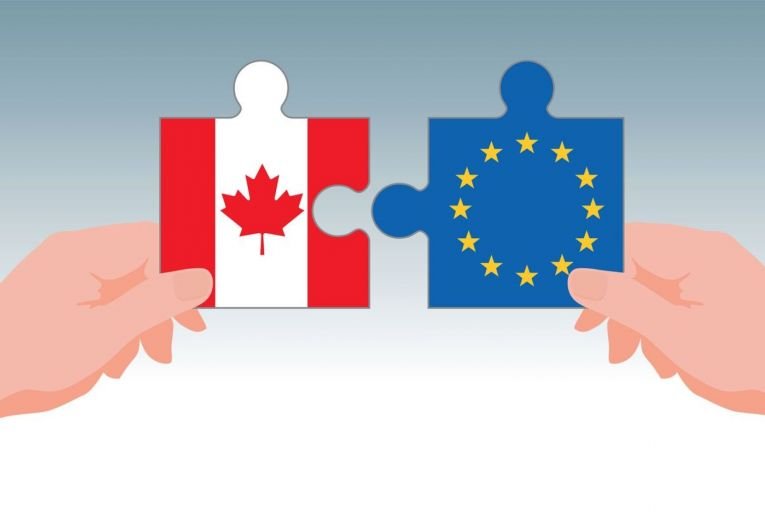 ‘In 2020, some €2.1 billion of Irish goods were exported to Canada. As a result, there are over 600 Irish companies now exporting to Canada which support 25,000 jobs here.’ Picture: Getty

It’s remarkable that even as they were striding through the door marked Hard Brexit, the UK government made sure to sign-up to one final, huge EU project and ratify the Comprehensive Economic Trade Agreement (Ceta).

It’s even more remarkable that the UK has ratified this momentous deal before Ireland, the only English-speaking country left in the EU and an increasingly dynamic trading partner with Canada.

The British, along with most of the major EU countries, have always looked at the big picture on the Comprehensive Economic Trade Agreement between Europe and Canada.

Even as the UK sought a complete break with Europe, its leaders signed up to Ceta in the hopes that it would be the easily copied blueprint for a Brexit version.

This second, interim deal was signed in mid-March of this year, allowing for virtually tariff-free trading until a permanent deal can be agreed sometime in the future.

Judging by the past few weeks, the UK must now wish it had a Ceta style deal already in place with the United States.

Here in Ireland, the leaders of the largest Canadian companies in Ireland and Irish companies doing business with this G7 nation can only hope that Ireland is not among the last — or the very last — to ratify Ceta.

There has indeed been opposition to the agreement in Ireland which cannot be ignored.

The Green Party has been involved in a long-running, debate about Ceta.

In mid-September, the Oireachtas Committee tasked with looking at the trade deal was effectively deadlocked when two Green Party representatives found themselves on opposite sides of the argument.

The result was a Committee report that could make no recommendation for or against but only restate the arguments.

One day after the Committee found itself deadlocked, on September 16, the High Court dismissed a legal challenge to ratifying Ceta, taken by Patrick Costello, the Green Party TD for Dublin South Central, on the grounds of the constitutionality of the so-called “investor courts”.

These “investor courts” could rule on complaints from either trade bloc which invests in either the EU or Canada. Irish critics say that this gives Canadian companies powers to challenge domestic Irish legislation.

However, this claim ignores two facts: First, that it provides those same protections for Irish companies doing business in Canada; and second, that any company can already use the domestic court system to make such a challenge — they do not need an Investment Court System (ICS) to do so.

The Dublin South Central TD had argued Ceta could have a “chilling effect” on Ireland’s willingness and ability to introduce new regulations.

The Labour Party also officially opposes CETA, listing concerns about labour rights and standards as well as with the ICS.

Sinn Féin have voiced similar concerns, saying they will “hold the Government to account” on the deal.

It can be argued that these concerns are a misunderstanding of what the ICS is designed to do: which is to help parties resolve a dispute efficiently using an independent tribunal, no matter what jurisdiction the dispute may arise in.

Above all, we should ask — what could Ceta mean for Ireland and the EU?

Let’s look at what it could do for our relatively small, export and FDI-driven economy as it fights to trade its way out of the twin crises of Brexit and the global pandemic.

The giant steps in trade, partnerships and the two-way flow of innovation and ideas between Canada and Ireland is one of the great, but often overlooked, success stories of recent times.

Since 2018, as the UK has moved towards a full break with the EU, the number of jobs provided by Canadian companies in Ireland has grown by 25 percent to over 15,000.

We have seen the number of new Canadian companies opening operations in Ireland more than double since Brexit became a reality.

There is also good news on the export front. Over the past few years Ireland has enjoyed a trade surplus of as much as €1bn with Canada. In 2020, some €2.1 billion of Irish goods were exported to the country. As a result, there are over 600 Irish companies now exporting to Canada which support 25,000 jobs here.

But Ceta — and the partnership and opportunities it offers — is not just about tariff-free exports and markets for the Irish whiskey, engineering, software or fintech sectors.

And it’s not just about the fast-growing number of Canadian multinationals employing thousands of Irish people here.

At the Irish Canadian Business Association, we constantly hear about the smaller successes and dynamic new cross-Atlantic partnerships being forged between our two countries with centuries-old connections.

One great example is Pharmapod, the Irish software company that has developed an innovative cloud-based platform to reduce medication error for patients.

Pharmapod CFO Anne Keogh and her team have been able to expand into the Canadian market and enjoy rapid growth in a market where, as Anne says, a shared business and social culture has allowed them to establish “wonderful working relationships”.

Coming in the other direction, giant Canadian companies like Shopify and Greenfield Global have found in Ireland, a natural gateway to — and home in — the European Union.

Shopify is one of the biggest e-commerce platforms operating globally, they have a significant presence in Ireland and John Riordan, director of customer support, and chair of the board at Shopify International believes Ceta brings huge benefits for Ireland, Canada, and the EU.

“From a business perspective, anything that works to eliminate tariffs and create less barriers is good for business,” says John.

Pointing to the fact that Ireland, the EU, and Canada have already, effectively been operating with almost all Ceta provisions in place for the past three years, John says companies like his own have seen what it can do for trade.

“There have been no issues, not alone that, it has advanced the causes of connected business between Ireland and Canada. The last step that is required is full ratification.”

Greenfield Global is a leading producer of high-value chemicals and bio ingredients, working with the next-gen biofuels and green energy R&D that are integral to a lower-carbon economy.

They are now a significant, high-value employer in Co Laois, with a 3,800 sq meter facility and ambitious growth plans.

Talk to Greenfield Ireland managing director Ken Finnegan and he will tell you just how important Ceta is for the continued growth of Irish-Canadian trade and partnerships.

The Big Headline from Ceta is that — once ratified by all EU states — it will remove 99 per cent of customs duties between two giant economic blocs.

But among other game-changing benefits — it will also open up the services market and end restrictions on open access to public procurement contracts.

This will allow Irish companies to bid on major projects in Canada — where the government has recently updated and expanded a massive, $180 billion, 12-year infrastructure plan that had already ear-marked just under $12 billion for green and social infrastructure as well as transforming the public transit system for a low-carbon, renewable energy future.

This is the progressive, environmentally-friendly future that Irish companies and Irish innovation and expertise will be able to play a full part in because of Ceta.

Canada has striven to become a global leader in the fight for a more sustainable world. This is the course world’s second-largest country — and 10th biggest economy — is firmly set upon.

In economic terms, for jobs, trade and development but also for our planet’s future, we believe that Ceta can be a giant step forward — and not — as some would portray it, a plan to hand corporations the legal powers to bypass the checks and balances of elected governments in investor courts.

But there is one more argument to be made for Ireland ratifying Ceta at the earliest opportunity.

And that is as a statement of profound, positive intent.

It would be as a part of one progressive, democratic, dynamic group of nations — seeking common cause and ever-closer partnership with a G7 country that shares their values and goals on the other side of the Atlantic.

With the global challenges now facing us, the trade agreement that began to take shape as far back as 2004 makes even more sense for Ireland today.

It’s time to signal that intent. It’s time for Ireland to ratify Ceta.