It is very early in the year, but 2019 has been incredibly significant for the ICBA so far, as our association has now over 100 members.

When we formed the membership committee back in the summer of 2017, we knew there was potential to grow the ICBA given its strong value proposition and connections between Ireland and Canada. However, we never believed in our wildest dreams that we could get to over 100 members so quickly.  We now truly represent Canadian businesses in Ireland and Irish businesses in Canada.

This landmark number would not have been achievable without the support of my fellow ICBA membership committee members (Blaithin O’Donnell, Chris Collenette and Kate Hickey) and of those members who outlined the merits of joining the ICBA to their own networks.

Added membership has given us greater resources to achieve the objectives of our members, and this year will see us hold more influential events, lead a trade mission to Canada, and gain even greater exposure in national media for vital issues involving the Ireland-Canada relationship.

Our special thanks goes to Ambassador Kevin Vickers who is finishing his term as Canadian Ambassador to Ireland. Kevin been a fantastic patron of the ICBA and worked tirelessly to support and help the ICBA grow and thrive throughout his time in Ireland. We would not have been able to achieve our success without the support of Kevin and we greatly appreciate the friendship, leadership and status he has given us. I wish Kevin the very best of luck in the nomination to lead the Liberal party in his home of New Brunswick. I am sure he will leave a lasting impact on them just like he has with us in the ICBA.

Finally, thanks to each and every one of you for your support and engagement in helping us to achieve our ambition to grow to over 100 members. 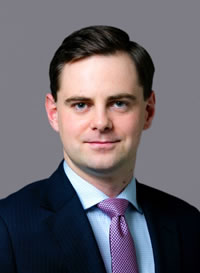 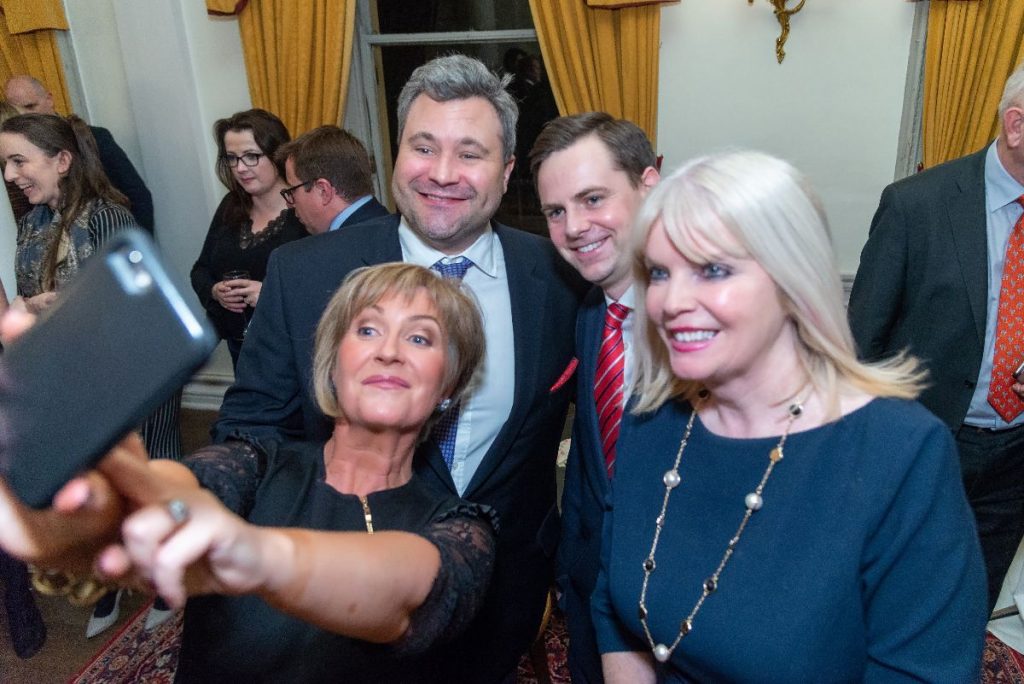 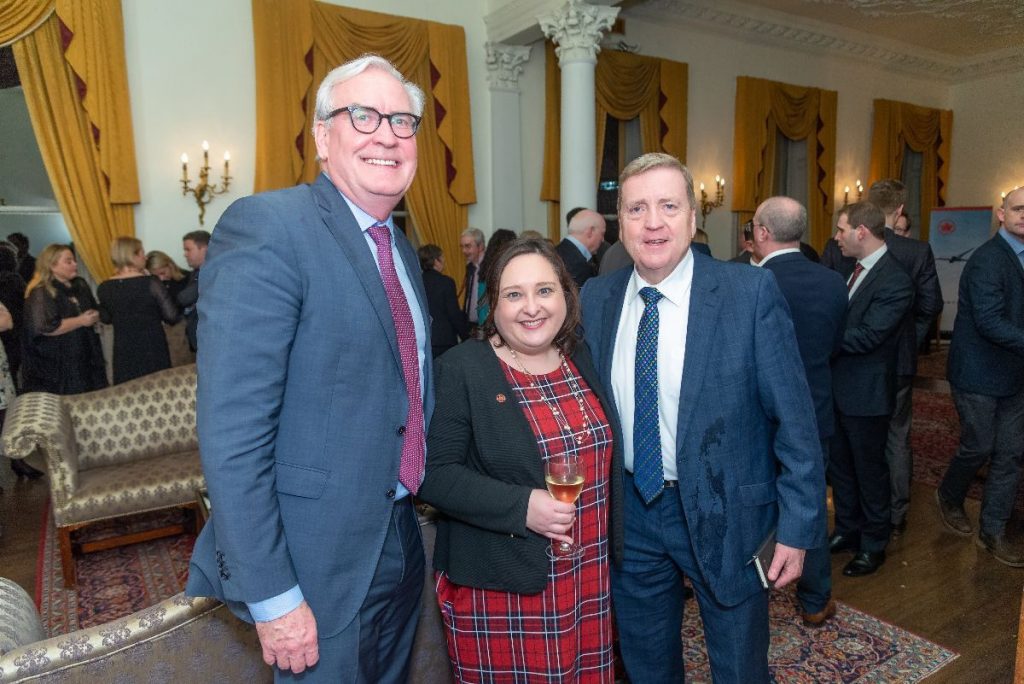 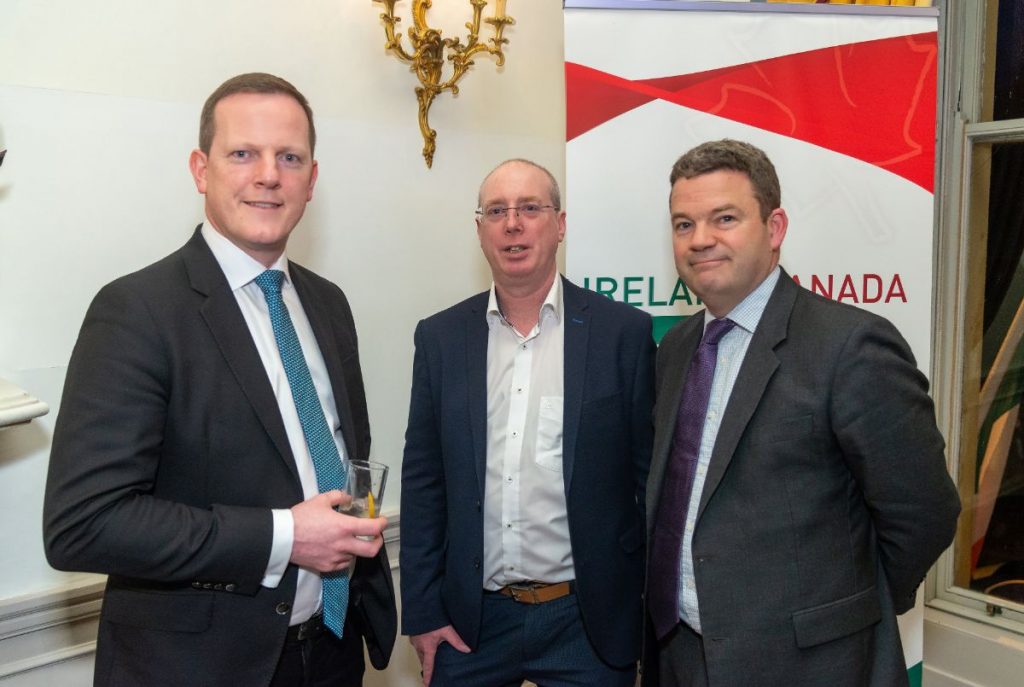 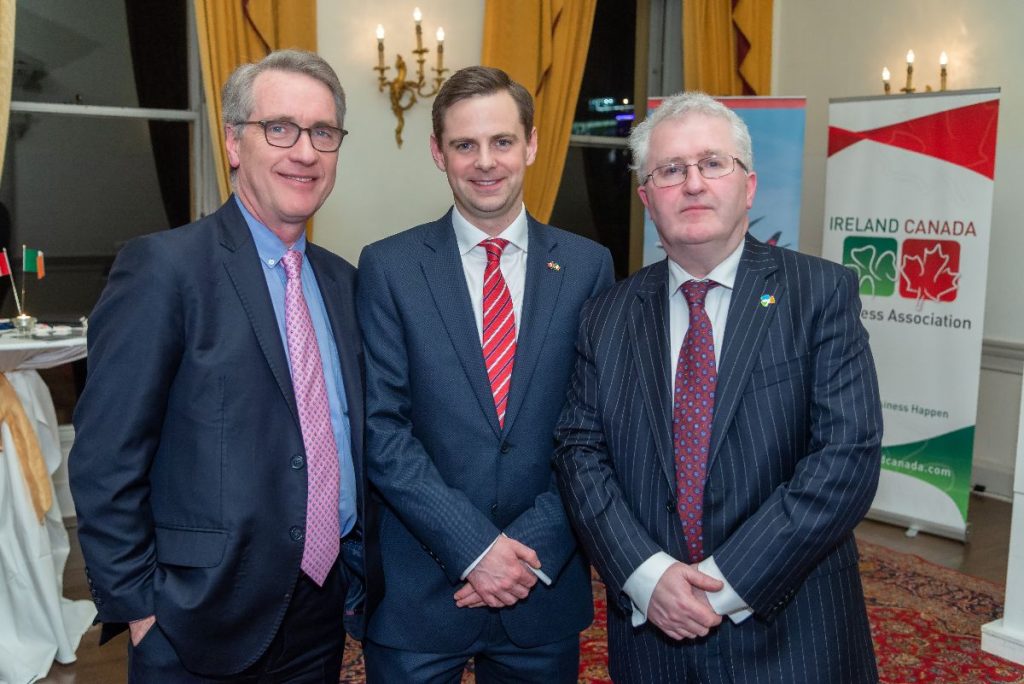 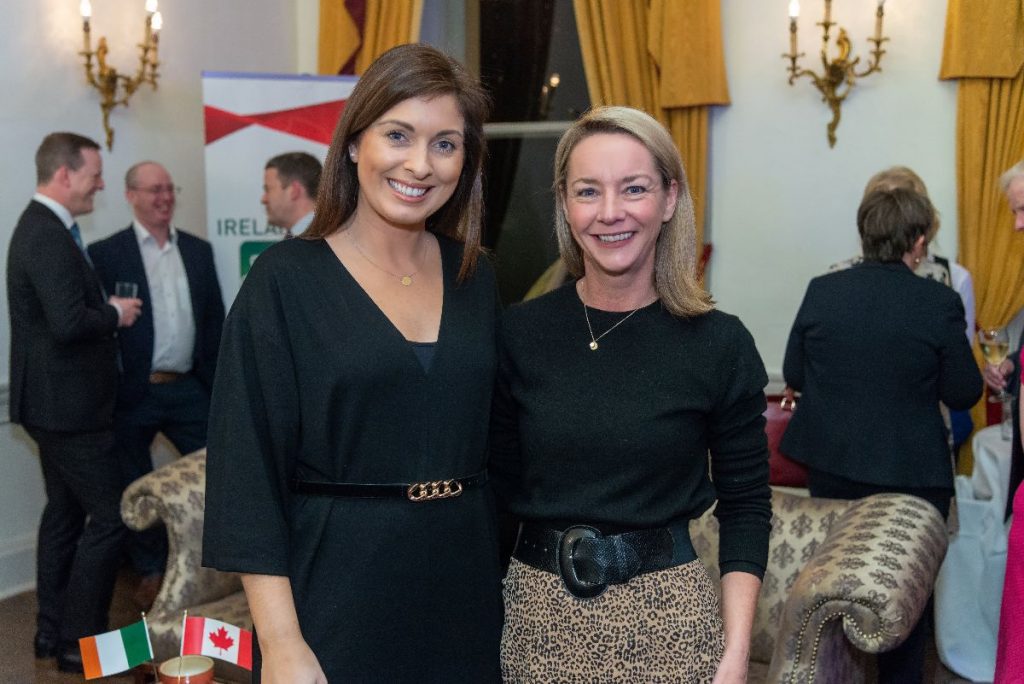 We were delighted to welcome so many of our valued members, colleagues and friends to help us celebrate reaching 100 members. Some of those in attendance included: 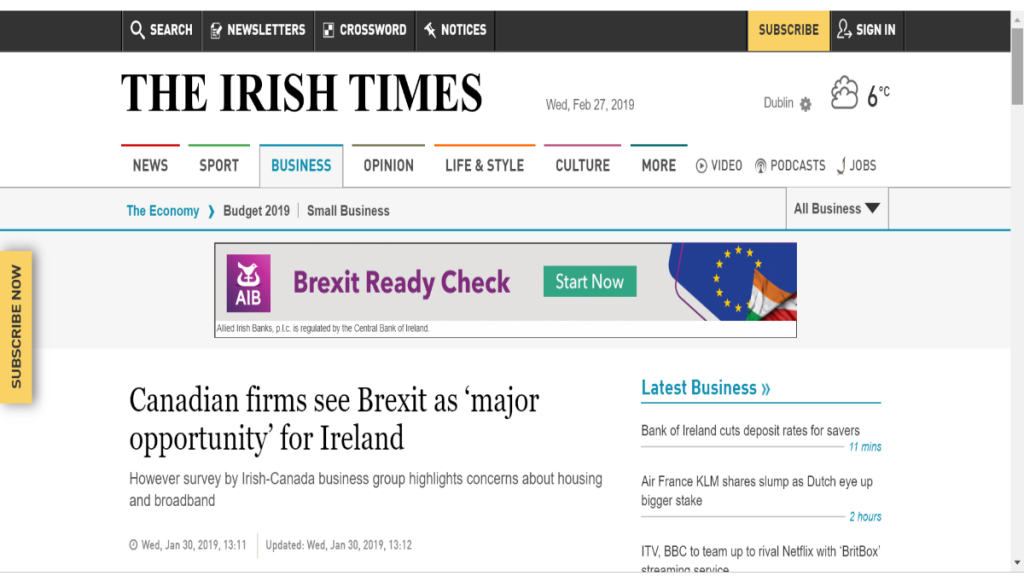 Coverage of the ICBA’s latest member survey in The Irish Times – just one of the national newspapers to feature the results of our poll.  READ THE FULL ARTICLE

Thanks to everyone who took time to respond to the recent ICBA Brexit survey. These polls allow us to give a louder voice to Canadian multinationals in Ireland, and to lobby government more effectively to create an even better environment for doing business.

This survey revealed that, while 90% of our members believe Brexit presents Ireland with a major opportunity’ to attract large multinationals away from the UK and to set up operations here, they also see a number of clear ways to maximise the opportunity at hand. They include:

As the voice of Canadian business in Ireland the ICBA will continue to seek our members’ expertise and opinion on matters of such critical importance and look forward to your ongoing support. 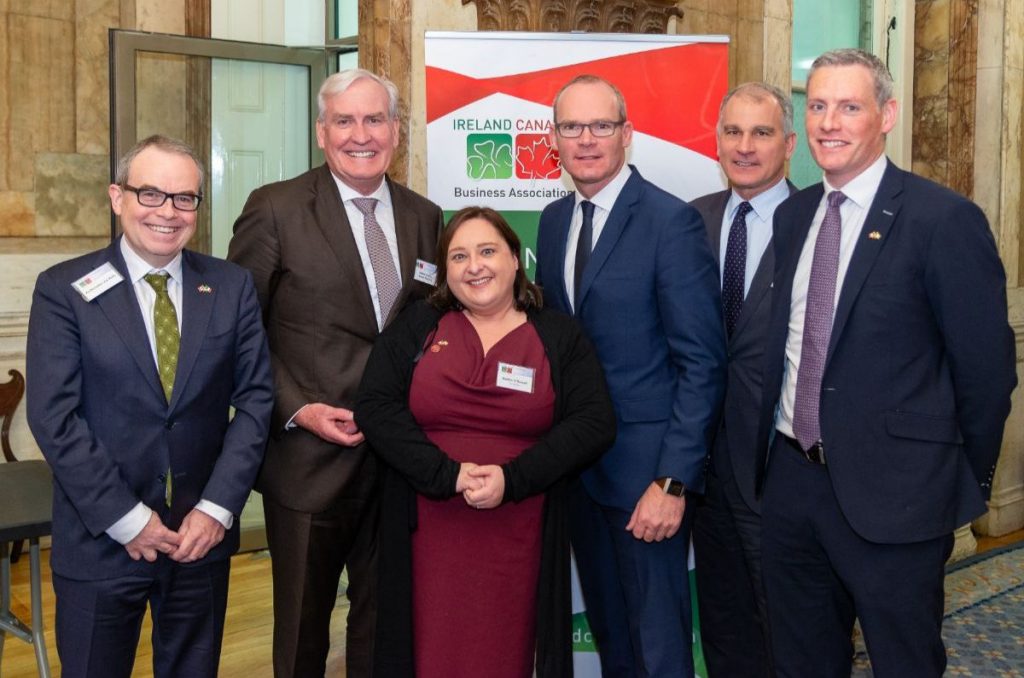 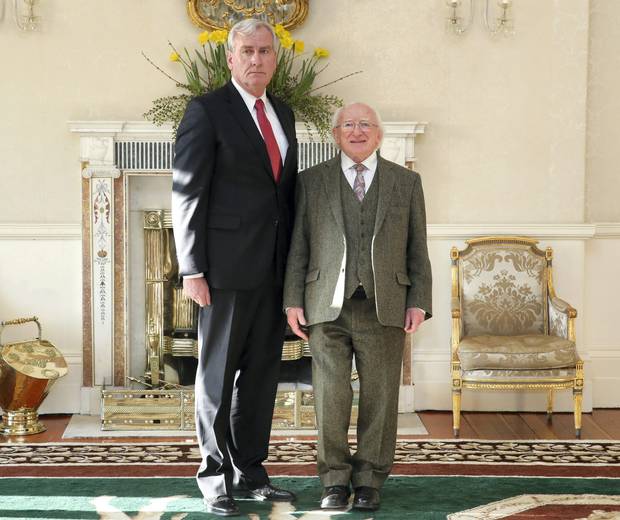 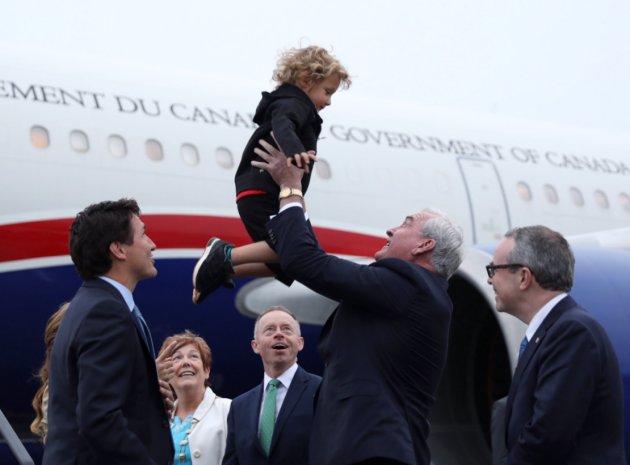 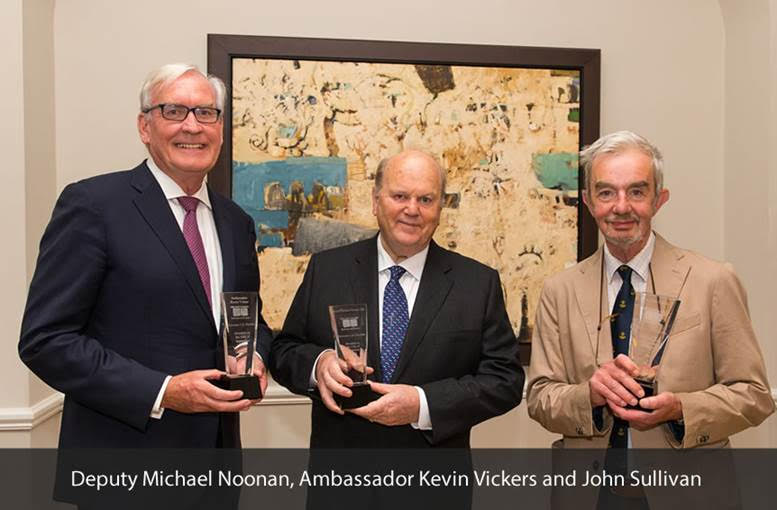 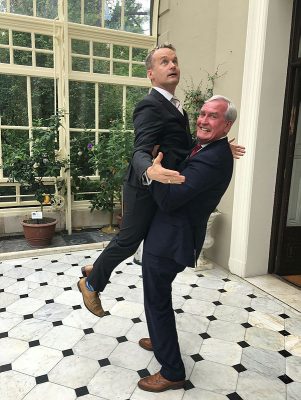 The ICBA wishes Ambassador Vickers a fond farewell. We thank the Ambassador for taking a personal interest in the ICBA and raising the meaning of Patronage to a whole new level. The relationship between Ireland and Canada has flourished with the Ambassador at the helm, championing our Association in Ireland and Canada. The ICBA will sorely miss the Ambassador’s unswerving commitment, hospitality, and good humour. We wish him the very best of luck in the next chapter of his dynamic and successful career. Go n-eiri on bothar leat.

IN PROFILE: THE IRELAND-CANADA CHAMBER OF COMMERCE VANCOUVER 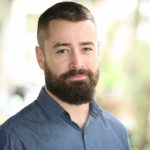 TAKE ME TO THE THE ARTICLE 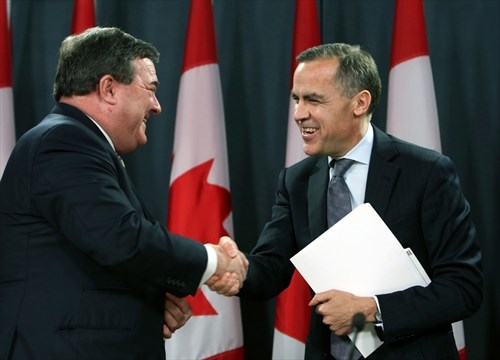 It truly is a story that reveals the depth of the political, cultural and economic ties between our two nations, and huge thanks to the ICBA’s Deirdre Giblin for helping to bring it to life in this article. Please do read the full story HERE.

Listen back to two highly insightful speeches delivered at the 5th ICBA Business Summit in Iveagh House in late 2018. Together they paint a detailed picture of the potential political and economic ramifications of the UK’s departure from the EU and are a must-listen for anyone doing business in Europe. 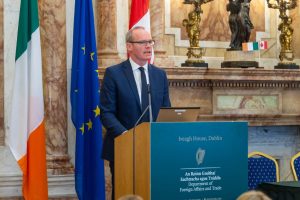 An Tanaiste and Minister for Foreign Affairs, Simon Coveney – LISTEN 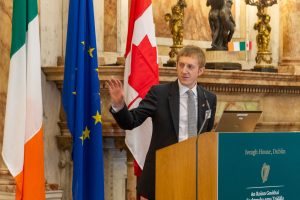 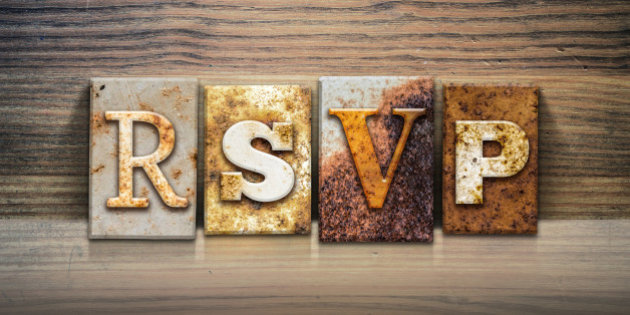 Dates for your Diary

8th March – Toronto. The Minister for Communications, Climate Action and Environment Richard Bruton, Ambassador Jim Kelly, and Deirdre Moran from the IDA, along with a  panel of business people and experts, will discuss how companies across diverse industries can benefit from investing in Ireland and its “springboard” effect into Europe.  Registration through THIS LINK.